Posted on April 8, 2015 by Loredana Isabella

Born this day, April 8, 1885, Alfred Cheney Johnston, known as “Cheney” to his friends and associates achieved fame as official photographer for the Ziegfeld Follies.

From 1917 he ran his own highly successful commercial photography studio at various locations around New York City and was called on to take portraits of leading society figures and silent film stars. Johnston is credited for being one of the pioneers of early Hollywood publicity still photographs. 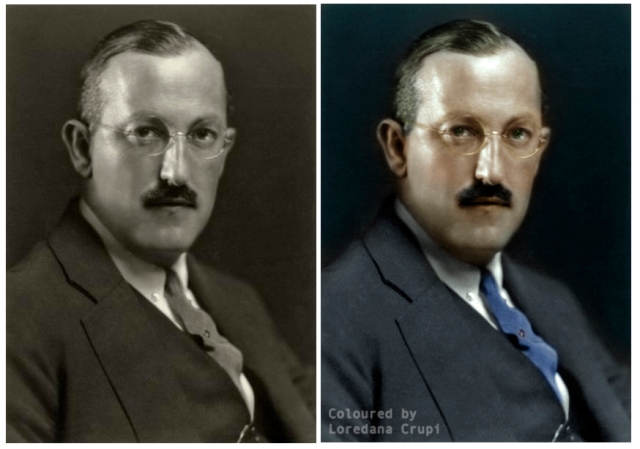 After completing studies in illustration and painting at New York City’s National Academy of Design, Johnston took up photography and largely became known for his erotically alluring portraits of nude women, carefully draped in fine fabrics, jewellery and dancing hoops that became one of his signature props. His nude photography redefined the genre. Johnston imbued the principles he’d learned from his painting classes into his portrait photography. His overt portrayal of the female body differed from the often licentious French postcards of early 20th century nudes.

Johnston was a pioneer of 20th-century glamour photography.  The driving force behind his style was Ziegfeld’s glorification of the American Beauty. Ziegfeld promoted his shows as “Glorifying the American Girl” and it was Johnston’s task to render that vision on film. Johnston’s portraits of Ziegfeld’s girls became world famous. Like his mentor before him, Charles Gibson who created the “Gibson Girl”, so too Johnston created the “Ziegfeld Girl”, the new standard of beauty for a new generation of Americans. Johnston, is often credited with inventing America’s celebrity culture and through his beautifully composed images came to be known as one of America’s first ‘star’ makers.

In 1937 Johnston published Enchanting Beauty, a spiral-bound softcover book containing 94 black-and-white photos of nudes and glamour shots –a splendid snapshot of a lavish era. In keeping with the publishing standards of the day, all the images in the book were ‘airbrushed’ in the pubic region, to avoid legal repercussions. Today the book is a much sought after collector’s item.

In 1960 Johnston donated a set of 245 large prints of his work, largely nude and semi-nude Follies showgirls, to the Library of Congress in Washington, DC.

Alfred Cheney Johnston died in a car crash near his home in Connecticut on April 17, 1971, at the age of 86. After his death a huge treasure trove of artistic full-nude and semi-nude full-figure studio photos (and their accompanying glass-plate negatives) was found stored at his farm near Oxford, Connecticut, where he’d retired to since 1940. Most of these were un-retouched, full-frontal images of Ziegfeld showgirls. They would not have escaped the censors of the 1920s-1930s.

After the demise of the Follies in 1931 Johnston had fallen out of the spotlight and was largely forgotten until the publication of Jazz Age Beauties: The Lost Collection of Ziegfeld Photographer Alfred Cheney Johnston in 2006, a collection of his ‘lost’ photographs from the 1920s, highlighting the timelessness of his images of American beauties.

“In my photographs I try to create the proper environment [for an individual’s personality], just as we try to create it for ourselves in real life.”   –Alfred Cheney Johnston