Posted on February 28, 2015 by Loredana Isabella

Consuelo Kanaga was a pioneering American photojournalist from 1915 through to the 1960s, known primarily for her photographs of African-Americans.

Kanaga is perhaps one of those photographers who slipped under the radar. Not as well known as some of her contemporaries, her work nonetheless deserves special consideration. 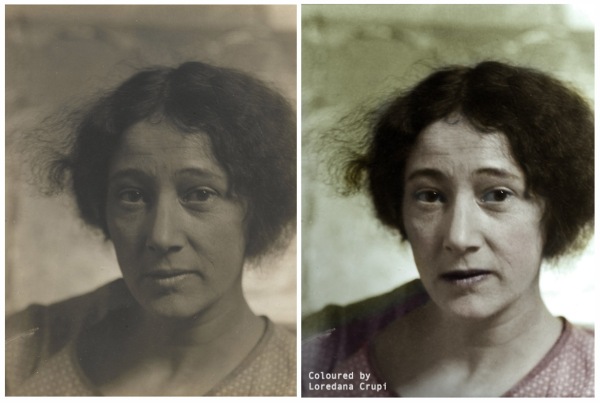 Deviating from the anonymous documentary style of portraiture,  she was among the first photographers to portray African Americans in a positive light. Whether she was capturing famous black artists and intellectuals or the common people of the street, her work presented a dignified alternative to the negative stereotyping so dominant at the time and perpetuated on the silent screen in films like the much acclaimed but highly racist, The Birth of a Nation that I wrote about in yesterday’s blog.

Known for her ‘compassionate lens,’ she created insightful pictures of African-Americans on the margins of American society. Her groundbreaking images reflected a humane connection with her subjects and relied for their impact on the play of light falling across her subjects’ dark skins.

Born in Astoria, Oregon, in 1894, Kanaga started out as a journalist with the San Francisco Chronicle in 1915; a rare profession for women at the time. Alfred Stieglitz’s Camera Work publication inspired her to take up photography and before long she took on newspaper photography for the Chronicle, capturing society events and the social issues of the day. Relocating between New York and San Francisco several times, Kanaga also worked as a photojournalist with the New York American.

She joined the California Camera Club where she met and came under the influence of some of the greats of photography in the Bay Area, like Imogen Cunningham, Edward Weston, and Dorothea Lange.

Throughout her career Kanaga was politically active and was a lifelong champion of the civil rights movement. She joined the Civil Rights Peace Marchers in Albany, Georgia, in 1963, where she took a series of photographs of the civil rights demonstrations and also managed to get herself arrested. She was well into her seventies at the time.

Deserving of her unique place in the history of American photography, Kanaga’s work was featured in the 1979 ICP exhibition “Recollections: Ten Women of Photography.”

In October 1993, the first major retrospective of her work was held at the Brooklyn Museum of Art. Titled, Consuelo Kanaga: An American Photographer, the exhibition contained approximately 120 gelatin silver prints, which had been donated to the museum and many of which had never been seen before or published.