It was 80 years ago on this day July 23, 1934 that Sir Donald Bradman scored 304 runs in 430 minutes including 43 fours and 2 sixes at Headingley Stadium in Leeds, West Yorkshire, England. What made this an emphatic performance was that for Bradman it was a record second triple hundred thus consolidating the legendary status he was already developing.

Bradman had a celebrated and record-breaking career. He was the first batsman ever to have scored two triple-hundreds and is still the only one to have scored two overseas triple-hundreds. Quite an achievement for the humble man the nation had dubbed ‘The Boy from Bowral.’ He represented Australia for 20 years on the international stage, playing in 52 Tests between 1928 and 1948. 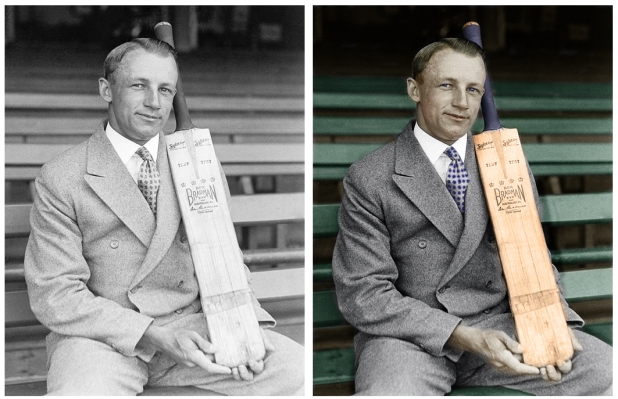 No other sportsperson in Australian history has captured the respect and admiration of the sporting public quite the way Bradman has done.  Loved and revered in all cricket loving nations, Bradman is one of the greatest cricketers the world has ever seen. In 1949 he was knighted for his services to cricket, the only Australian cricketer to receive such an honour. When Bradman retired from Test cricket in 1948 his batting average was 99.94. No other cricketer comes close to achieving this remarkable statistic.

Bradman has been nominated among the Top Ten sportspeople of the 20th century by the World Confederation of Sport and he is ranked the No.1 Australian Athlete of the 20th Century by Sports Illustrated magazine.  The accolades don’t stop there;

Not a bad innings for ‘the boy from Bowral’.

“I didn’t know it at the time and I don’t think the Englishmen knew it either. I think if they had known it they may have been generous enough to let me get four.”

1 Response to The Boy from Bowral – Sir Don Bradman