Born this day, June 12 in 1890, Austrian painter, Egon Schiele was a major painter and early exponent of Expressionism in the early 20th century.

In 1909 he founded the Neukunstgruppe (“New Art Group”) with other students dissatisfied with the conservatism of the Academy of Fine Arts in Vienna.  Schiele was not afraid to explicitly explore the human form and human sexuality. The residents however in southern Bohemia were so disturbed by his confronting work, that they drove Schiele and his girlfriend out of town, condemning his lifestyle and his practice of using young local girls for his models. 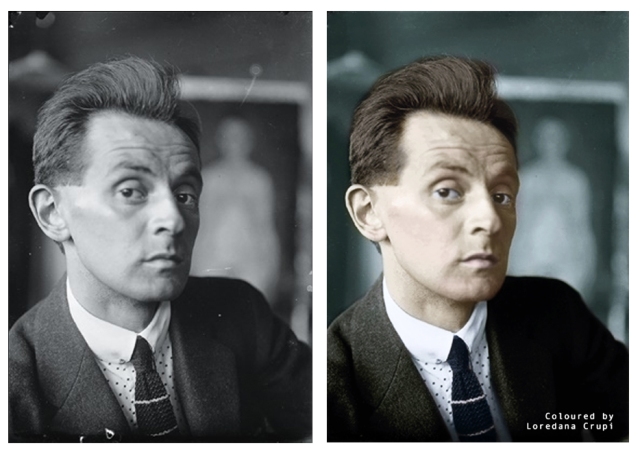 In April 1912 he was arrested for seducing a young girl under the age of consent. Police seized more than a hundred drawings considered to be pornographic. Schiele was imprisoned for twenty-one days while awaiting his trial. The charges of seduction and abduction were dropped but he was found guilty of exhibiting erotic drawings in a place accessible to children and spent another three days in gaol. In the course of the proceedings the judge burned one of his offending drawings over a candle flame. During his brief stay in prison, Schiele created a series of 12 paintings depicting the difficulties and discomfort of being imprisoned.

His untimely death came in the autumn of 1918. The Spanish flu pandemic which had claimed more than 20 million lives throughout Europe took the life of his wife Edith, who was six months pregnant.  Three days later Schiele also succumbed to the flu. He was only 28 years old.

Though his career was cut short, Egon Schiele’s output on canvas and paper was prolific. He regarded drawing as his primary art form and had created over three thousand drawings in his short life.

1 Response to “Self Seer” – Egon Schiele